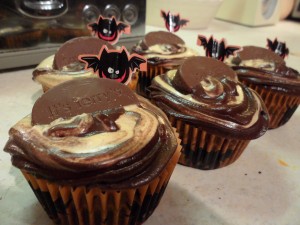 Ok, ok so it’s not yet Halloween but my loving Mummy sent me these cute little cupcake cases and matching sticks which I just had to use!  Further to this I am a firm believer in using up the chocolate stashed around the house and I assure you, we have A LOT!  So digging out the Terry’s chocolate orange segments I thought to myself….Mmmmm chocolate orange…the perfect Halloween inspired flavour combo! 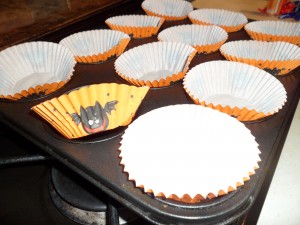 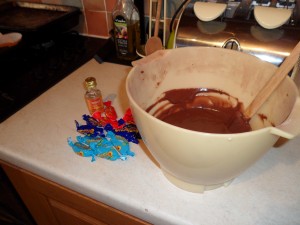 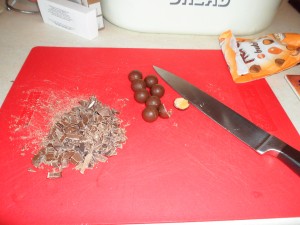 Selection of orange chocolate to stir through 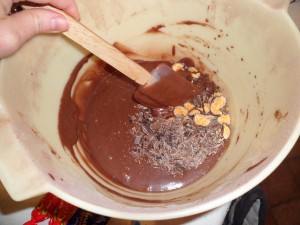 Mix through until equally distributed 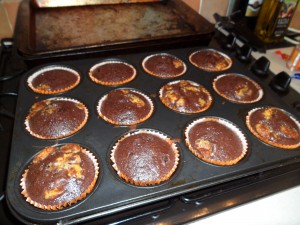 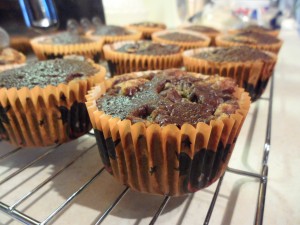 Cool on a wire rack 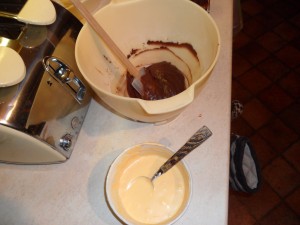 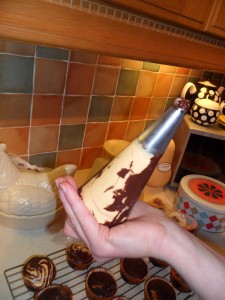 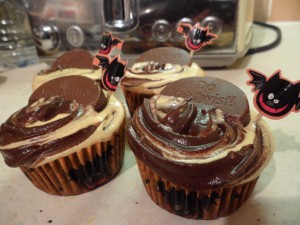 So ta daaaaaaaa….there we have spooky inspired chocolate-orange cupcakes, messy but well worth the effort of washing your hands afterwards. 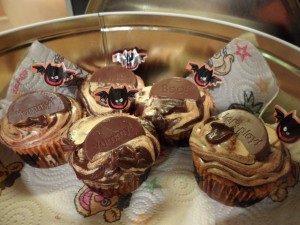 They’re not Terry’s…they’re anyone’s…if you can bring yourself to share!

Thankfully Grant and I devoured one each the night before I took these in to work as they were snaffled up in record time!  It would appear that this flavour combo is one to revisit over and over again….