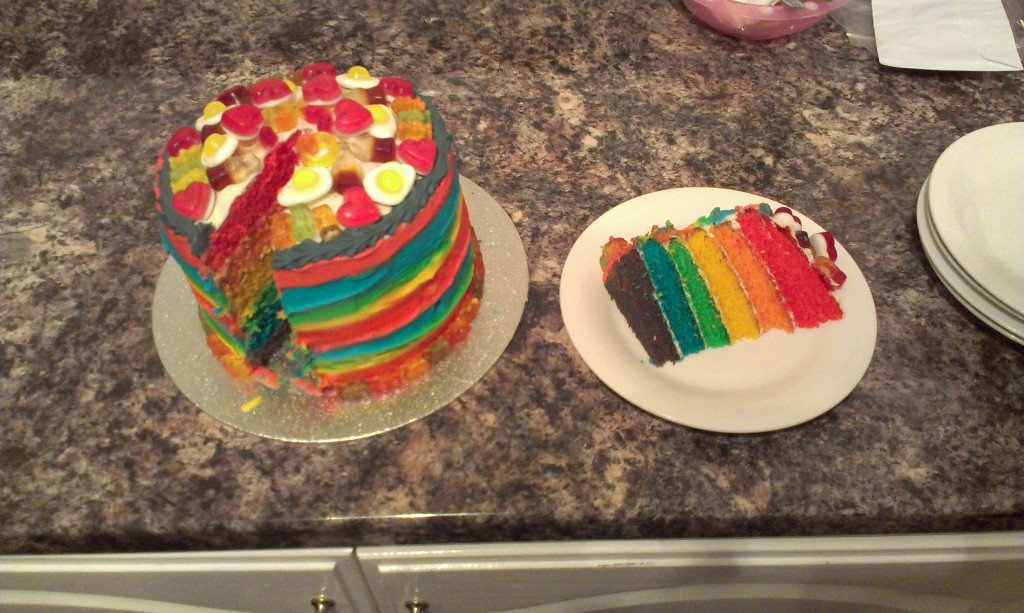 I was asked to make a cake for someone that had 6 layers of the rainbow and was decorated with rainbow colours and sweeties on top.  I love a challenge and particularly got excited about this cake as it was something I had experimented with colours-wise when I did my Wizard of Oz cupcakes, but never to this scale.  Check out how this monster of a psychedelic sensation became…

I found that a good way to approach this cake was by reading up on other blogs beforehand.  I generally found that in the UK very few had tried it or had written about it (perhaps due to the lack of getting gel colours until as of late?!) However Kerry Cooks blog was a fab example and helped me get under way.  She decorated hers differently but her cake base was the same as I used. 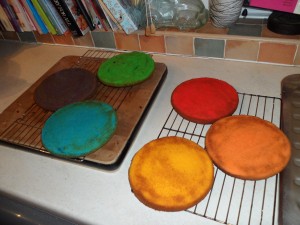 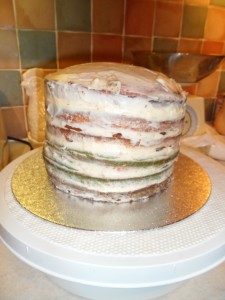 Eeeek getting a lean on here!! 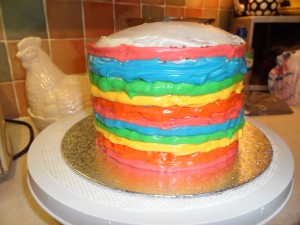 Piped on stages of colours 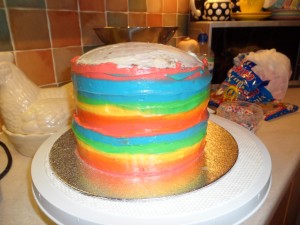 Smooth with a palette knife 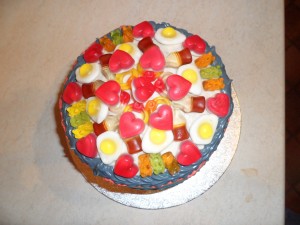 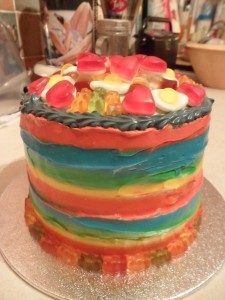 Topped with Haribo goodness and sleepy teds around the base!

Now it’s finished and ready to be devoured.  Leaving the cream cheese to ‘set’ for a while would be best and again a cool place is recommended. 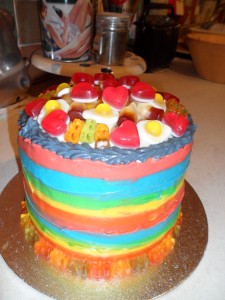 I didn’t actually know what the inside would look like until I was messaged the next day from my mate but the colours came out super well and incredibly vibrant.  The biggest satisfaction was seeing the birthday girl’s face…cake and all… 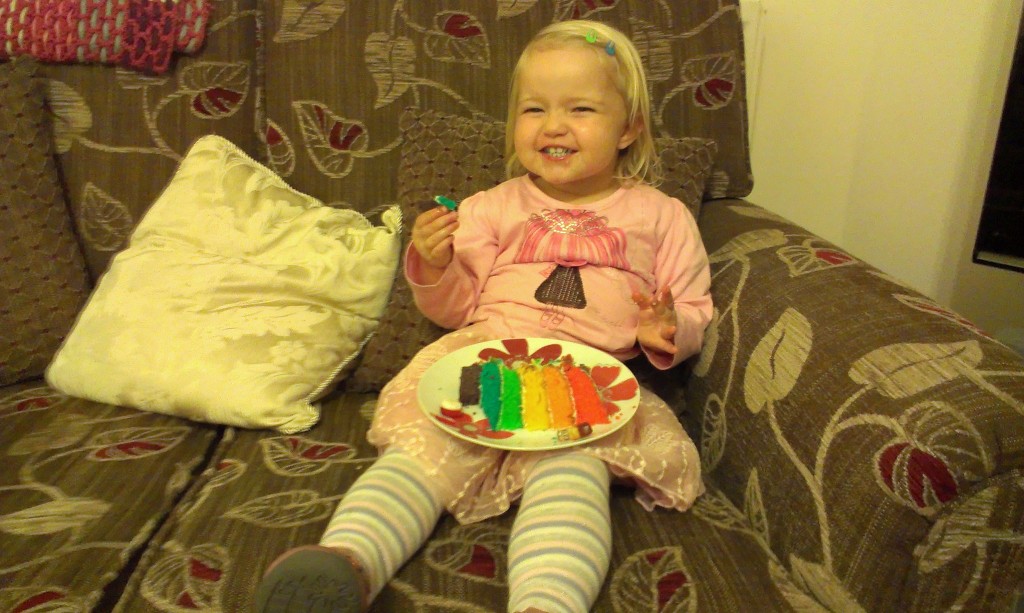 Give it a go!  It’s a long process and you won’t know the outcome until it’s cut in to but it’s very satisfying and what cake doesn’t make people grin when they can see the colours of the rainbow and enough Haribo’s to sink a ship?!