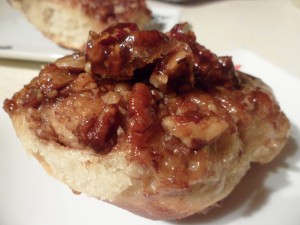 This delicious Sticky Cinnamon and Maple Syrup Buns are a direct rip from the GoodFood Website and can be found here.  I have made a few tweaks but otherwise they are based on this recipe solely.  A delicious indulgent treat with a hearty American twist of sweet maple syrup, these are definitely a one-off when you see the calorie content!  However I am a firm believer in making the most of the good things in life…and that usually focuses around the topic of food but everything in moderation and one of these little beauties will keep your sweet tooth and tummies happy for a fair while!

Perfect served with ice cream straight from the oven or a day later with a hot cuppa coffee, these are a pud to share as the recipe makes around 16 buns in total.  However, I am writing this post a week after making the first batch because in the grand words of Jamie Oliver ‘The Freezer is your Friend’!  This recipe can be made to a certain point then portioned in half, one for the freezer and one for the oven!  Ideal if like me, you hate waste and don’t trust yourself with 16 of these tasty morsels hanging around 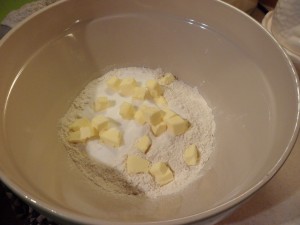 Place butter, flour, sugar and salt in a bowl and rub to a breadcrumb texture 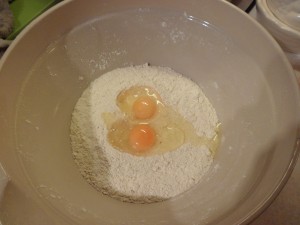 Next add 2 eggs and the yeast 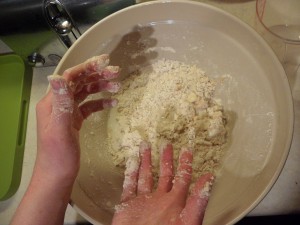 Gradually bind together before adding the milk…I warmed the milk in the microwave slightly for 30secs just to get the yeast activated :) 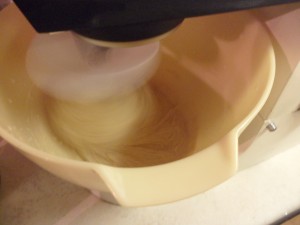 Now pop in to a food mixer with a dough hook for 7mins…you could knead by hand but i’m really lazy when it comes to kneading…I know…it’s therapeutic but I get bored! 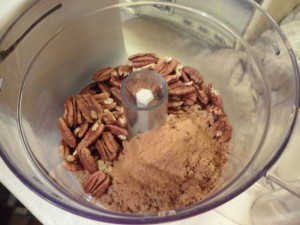 Meanwhile it’s time for the tasty nutty goodness…Pop the pecans, sugar and cinnamon in to a food processor… 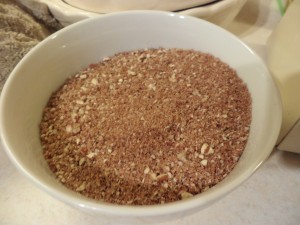 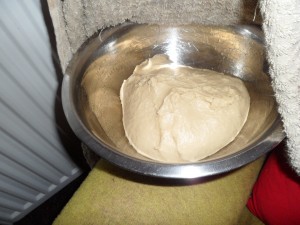 Now back to the dough…remove from the food mixer, place in a metal bowl, covered wiht a damp tea towel and pop in a warm place to prove…I ended up putting the oven on 150degrees and then switching it off, I then placed the bowl in the oven and this did the trick 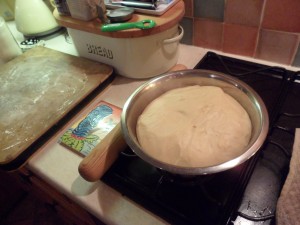 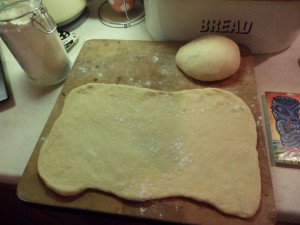 Beat the dough back.  Half the mix and roll one out to a rectangular shape – about 35cm long x 25cm wide 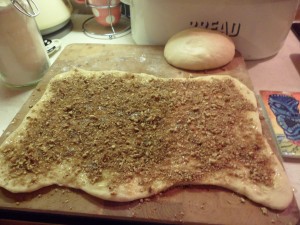 Melt 65g of the butter for the topping and brush over each rectangle. Now scatter with half the food-processed whazzed up nutty filling. 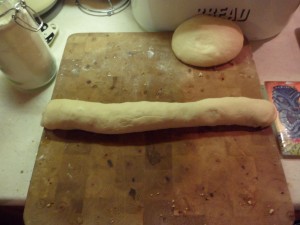 Now carefully roll up ensuring the seam is underneath, then pinch the ends to avoid escapage 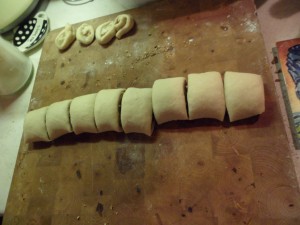 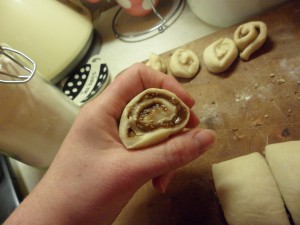 They should look like this on their cross-section…small you may thing but these beasties will inflate! 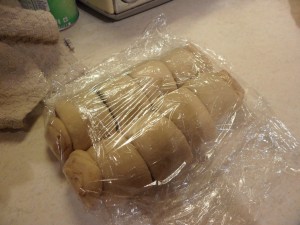 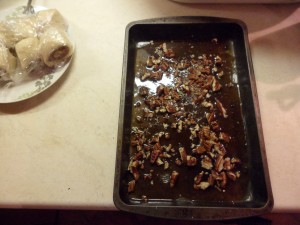 Now to prove these beauties for a second time…Melt 60g butter in the microwave gently and brush the bottom of a 20 x 30cm tray. Mix the remaining butter with 25g brown sugar and 60ml maple syrup…swirl around the tin until coated and sprinkle 50g of chopped pecans across the base 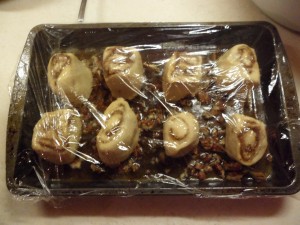 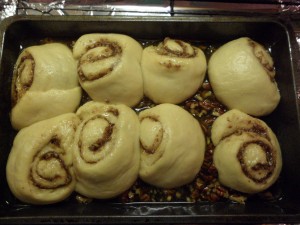 Bake in a preheated oven for 25mins at 150 degrees but keep an eye and remove earlier if they are browning quickly! 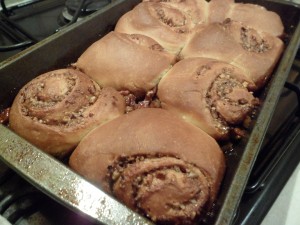 Ta daaaaa golden swirly rolls of deliciousness!!! Allow to cool for 10mins in the tin 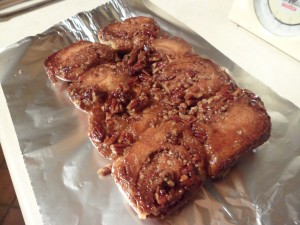 Portion up on to plates whilst warm 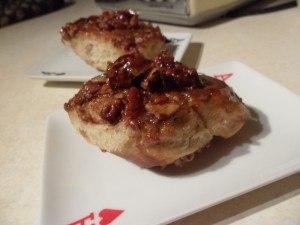 Delicious on their own or with ice cream 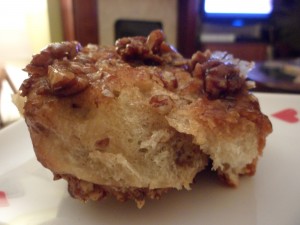 Fluffy, moist, packed full of flavour and a tasty balance between syrupy goodness and a nutty spicy kick!

Give them a go!  They’re totally worth the time and effort and besides being terribly moreish, they make a seriously large batch which can be baked in one go or reserved in the freezer for a later date.